All About Homeopathy Part I 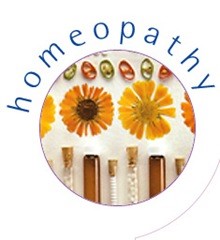 Homeopathy is a natural yet sophisticated modality of medicine that uses highly diluted doses of substances to stimulate the body’s own healing mechanism. Homeopathic medicine is based on the principle that natural substances are capable, in a diluted form, of curing the same symptoms they cause in a crude form when taken by a healthy person. This is known as the Law of Similars or “like cures like”.

A homeopathic remedy is prepared by diluting the original substance down to the point that not even a single molecule of that substance remains in the homeopathic solution. When a substance, especially a toxic one, is administered in large crude dosages to a healthy body, it will produce specific symptoms of disease, but when this same substance is reduced and diluted to the point where only the “essence” of the substance remains, the new remedy will then stimulate the body’s reactive forces to relieve the symptoms and overcome the condition. For example, crude arsenic causes symptoms of poisoning, diarrhea, restlessness and anxiety, but in homeopathic doses it will actually relieve symptoms of poisoning. Peeling an onion causes irritating eye and nose discharge, therefore homeopathic onion is a useful remedy for the common cold.

Homeopathic remedies are prepared in laboratories and are commonly made from plants, minerals, animal products or even energy substances such as X-rays or radiation.

All diseases are first manifested in the energy field as a type of energetic “blueprint” in the electromagnetic field before ever causing symptoms in the physical body. Interestingly enough, similar disease states have similar “energetic signatures”. Experienced medical intuitives recognize these similar vibrations and are often able to identify the problems based on the “pattern”. The physical body then absorbs the information in the blueprint and uses the instructions to guide all of its activities at the cellular level. At this point the disease will manifest itself in the physical body.

Homeopathy causes changes in the electromagnetic field by gently stimulating the vibration or frequency of the field. All frequencies contain information. In this way the vibrational pattern of the homeopathic remedy transfers its information with new instructions to the vibrational pattern of the disease or health condition. These energy fields then interact with one another, and the healing vibration of the remedy quietly cancels out or balances its counterpart which is acting on faulty or unhealthy instructions.

Despite that the physical body is a much denser matrix than the energy fields within it its behaviour is nevertheless impelled to change with the new information conveyed to it. This information is transferred via the DNA which acts as the gateway between the electromagnetic field and the physical body.

Homeopathy is based on energy or vibrational fields and the action of homeopathic remedies are not determined by molecular or chemical activity as conventional medicines are. Drugs or medications are heavier energies as they initiate changes by crudely suppressing or replacing the body’s functions and natural defense mechanisms. In its extreme form it can be seen as “crowbar” medicine. And, unfortunately, because drugs simultaneously depress many healthy physiological functions all pharmaceuticals result in various side effects including the depletion of life-supporting nutrients, vitamins, and minerals. In contrast, homeopathy gently creates a shift in the body’s energy field which changes the immune response by informing it to alter its structure, function and physiology.

Who Are the Skeptics?

For homeopaths and the millions of fortunate recipients who have benefited from the remarkable health effects of homeopathic remedies, it is hard to believe that some opponents are so outspoken. They have chosen to idolize evidence-based medicine, despite the fact that chemical medications of all kinds inadvertently harm or kill hundreds of thousands of people and animals every year. Science has brought healthcare a long way, but these numbers bear proof that science on its own still has a long way to go. 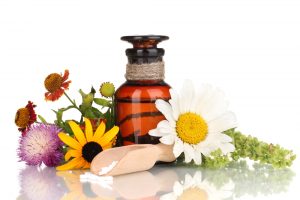 Science often opposes holistic health modalities because it doesn’t know what to do with concepts that it cannot yet measure. The energy fields produced by the dilution process of preparing a homeopathic medicine, for example, is beyond scientific capabilities because they do not yet have the technology to measure the resonance. So it is more convenient for the scientific community to simply dismiss these therapies as ineffective or based on pseudo-science. But given the track record of safety and effectiveness in homeopathy we can’t afford to wait for science to catch up.

It’s also very difficult to confront homeopathy with medical testing and clinical trials since homeopathic medicine, similar to other vibrational therapies, work on the principle of energy fields. The results are determined by the response of the immune system to a specific vibration, i.e. the remedy, which contains a broad sphere of information capable of shifting disease patterns. However, because of the sensitivity of these energy fields, the remedy is easily influenced by the dynamics of the study itself, as well as the people involved and their mindset. The same is true in any chemistry lab actually which is why there is so much variation with therapeutic results in the field of conventional medicine as well.

Several studies have found evidence that vibrational fields can indeed transfer their information. One study showed that the DNA from bacteria and viruses is capable of producing structural changes in water, which persist even when the DNA is highly diluted. These changes actually create electromagnetic signals that scientists can measure. These signals then imprint the DNA structure on other molecules, which project the information from one cell to another. And in another study, a test tube was prepared which contained fragments of DNA while the other contained nothing but pure water. They were placed in a copper coil that emanated a small electromagnetic field. A few hours later, testing indicated that there were DNA fragments in both tubes.

Studies on electrical fields are on-going but are often not publicized because the innovative and creative scientists who conduct them are at risk of attacks against their professional integrity and credibility. In the 1980s, the eminent French immunologist Jacques Benviniste reported that white blood cells could be activated to produce an immune response by solutions of antibodies that were diluted so far that they contained none of the original biomolecules at all. The water molecules appeared to retain the memory of the antibodies that they had previously been in contact with. He explained that biomolecules can communicate with receptor cells by sending out low-frequency electromagnetic signals. He was vilified for his claims, of course, because he went against orthodox thinking, even though it was supported by a great deal of research. 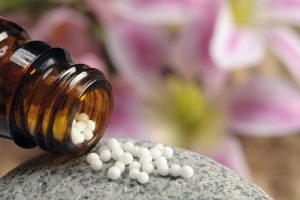 What About The Health Industry?

Homeopathy is now the second most widely-used system of medicine in the world and is currently practiced around the world by homeopaths, pharmacists, medical doctors, and veterinarians. It is available in most countries and is gaining in popularity every day due to its effectiveness, safety, and reasonable cost. Those of us who use it on a regular basis swear by it and keep various remedies on hand for every common ailment.

Proponents and advocates understand that homeopathy is a specialized and sophisticated form of medicine that is growing rapidly because it is frequently as effective as chemicals but without the side effects. And this is precisely what has the pharmaceutical industry worried. Big Pharma is fighting hard to keep homeopathic medicines off the shelves and has instigated several lawsuits against homeopathic manufacturers. And, as major advertisers, they influence mainstream media to condemn homeopathy as well as other natural therapies, even though the media themselves have no training in homeopathy.

To all of these major players who control the business of health it matters not that homeopathy is a highly effective system of medicine that has safely helped millions of people and animals worldwide. First, do no harm…

Why Should You Use Homeopathy?

For acute conditions the effects are fast-acting and can provide rapid relief for issues such as bruises, injuries, insect bites, anxiety, indigestion, and physical discomfort.

Now that we have learned the mechanics of homeopathy and just how important it is to millions of people and animals we can learn more about how to use it. Next month in part II of All About Homeopathy I will discuss when to use homeopathy, selecting and administering the remedies, common single remedies, and combination remedies which I have personally formulated for commonly seen clinical health conditions. 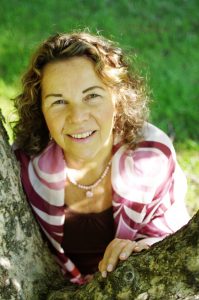 Marijke van de Water, B.Sc. DHMS
Health & Nutrition Specialist
Homeopathic Practitioner
Medical Intuitive & Energy Healer
Healing Retreat Facilitator
Author & Educator
_________________________________________________________________________
Marijke is a gifted and highly respected healer and visionary with over 25 years of experience in private practice for both people and for all animals. Healing is Marijke’s calling and she has the distinct ability to see and feel beyond the physical and into other realms. She has taught hundreds of workshops and seminars and loves to facilitate intuitive and energy healing retreats in unique and sacred locations. Her life-time mission is to help make the world a healthier and happier place.